What is the opinion of Reddit about the
Wacom One Drawing Tablet with Screen, 13.3 inch Pen Display for Beginners and Digital Mark-up: Mac, PC, Chromebook & Android (DTC133W0A)? 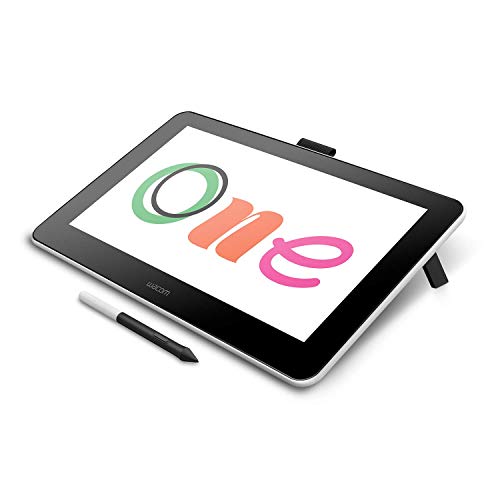 I’d say most of them are for annotations or simple sketches in field. Most of these laptops utilizes Microsoft Pen Protocol (MPP, used in Surface Pro) or Wacom Active Electrostatic (AES, used in Dell XPS 2-in-1) and they suffer from jittering (wobbly diagonals, especially apparent when drawing straight slowly for precision). It’s not too much of an issue when you’re going for quick jottering, but they’re still there. There are some exceptions such as Samsung Galaxy Flex, which uses Wacom Electromagnetic Resonance (EMR), the same tech in Wacom’s Cintiq high-end digital tablets. If your main use case is on desktop, buy a laptop that meets your other needs and a separate tablet such as Wacom One

This is more whether you want an Artist or an Artist Pro model. I don’t think anything is different between the sizes besides the size.

The Pro has more shortcuts, a scroll wheel, better anti-glare and color, comes with a little stand, and has tilt (I’m pretty sure the regular models don’t have tilt).

I’m happy with the Artist 12 Pro I have. I use the scroll wheel and all 8 shortcut keys so the fact it has those added bits is nice. I don’t really use tilt, but I keep trying to find ways too because I think it’s cool.

I personally think i would take the 13.3 Pro out of the three, but it really depends on if you think you’ll use the extra features it adds. I like the pro features, but not enough to justify the added $100 for the 15.6 Pro.

My brother got my nephew this one…thoughts?

I got this one as a beginner and happy as hell. But it’s probably small for you.

Thanks for the info! Here is the one from Amazon that they have on the site, is this straight from Wacom vendor? Sometimes it’s hard for me to tell:

(Disclaimer: keep in mind I’m a hobbyist too, though I’ve been dabbling in digital art for years on and off. Lot of time spent but with gaps in between, so I’m still not great. It’s something I do because I find it relaxing and fun, and I love the technology behind it.)

> Wait, so the grading thing is not recommended?

No, they definitely recommend it considering it’s their whole gimmick. I’m just saying that you 1. don’t have to do that part if you don’t want, you can go through the lessons without it if desired, in which case you don’t need to stick to physical, and 2. even if you do the grading you can still practice digital.

Even if you get better at drawing traditionally there’s still going to be a learning curve when you start working digitally, and the longer you avoid it the weirder it’s going to be. I’m not saying to not do the grading or go digital-only, I’m just saying don’t completely avoid digital because of one site’s fairly weird dogma.

> Would you recommend getting a pen display instead of a wacom style tablet?

My first instinct is to say probably not, simply because you’re concerned about wasting money and resources on something you might not like using. A normal tablet is less expensive, so it won’t be as big a commitment until you decide. Though after a quick glance at prices it’s not as clear-cut as it used to be… (more on that later)

However, there are pros/cons to both types. With a tablet you have that hand/eye disconnect that you have to learn to deal with, but at the same point you also don’t have your hand obscuring your view of what you’re doing. Once you get used to that it can be weird having your hand in the way with a pen display. It’s also a bit more flexible for comfort, because you can sit back with the tablet on your desk or in your lap and just chill while staring at the display.

With a pen display, on the other hand, you get a more direct hand/eye coordination thing going on, closer to traditional use. It legitimately just feels awesome drawing on a screen and having stuff appear even if you’re terrible at it. But the trade-off there is your hand gets in the way sometimes and you have to look down at it again, so you can’t just lean back and chill the same way. Especially if you do like me and mount it on a flexible arm to use it as a regular monitor on the side…I’m still not sure if I’m going to change that, honestly, but I need to figure out where I’d put it otherwise.

I’m thinking about the smaller pen displays here, like the Cintiq 16 or the new and even smaller Wacom One, which are thin little things that look and feel like one of their Intuos Pro tablets, just with a screen embedded. They’re not heavy and you can move them around more freely, with legs to put them either flat or at a low tilt. I don’t have one, but from what I’ve seen the big fuckers in the >20″ range tend to be on arms and propped up more drafting table style.

What makes it harder to say “go for this first” is the price gap is a lot lower now. You can get the Wacom One for ~400 USD MSRP, while a similarly-sized Intuos Pro is not much cheaper. (Sorry for the Amazon link, Wacom’s site is dead at the moment so I can’t link to it directly.) Though you could do a non-pro Intuos (used to be a line called Bamboo until Wacom made the names confusing) of similar size for around $200 or another brand for even less so maybe the “start cheaper” advice still stands.

On a personal note, I’d probably go for the Wacom One just because it’s not much more, and I’m intrigued by its unique gimmick: in addition to being usable on a PC you can connect it to Android phones and use it as a pressure-sensitive pen display there as well, which makes it a uniquely mobile solution in the world of PC-usable pen displays.

But that’s just me, I’ve always loved the idea of pen displays and like using them even though 1. I’m not a pro artist by any measure and 2. I like traditional tablets and find them very comfortable to use as well, so I’m naturally inclined that way.

> On waste: I wouldn’t really be wasting paper because I have a lot of waste paper (1 sided prints I no longer need) that I would use for this purpose.

It wasn’t just the paper, I always feel like I’m wasting perfectly good pens and pencils on my trash scribbles.

> My wasteful feeling would be getting a drawing tablet that I would maybe end up not using, and with this, further supporting the use of asian slave workers making this product for well below minimum wage. I know its unavoidable, but I try.

Understandable. The first wacom I got was a promotion with a laptop, low-end one as an up-sell addon. I thought it was cool but didn’t really use it for much because it was a tiny one and not enough area to be very useful for me, though it got me interested in art again because digital art was cool, which led to me getting larger ones I used more.

One mitigating factor to the waste, at least if you buy Wacom, is their products are well-made and have high resale value, so even if you don’t use it much you can keep it basically forever or sell it to someone else to recover most of the cost and mitigate the waste. That first tablet of mine still works, as does the one I replaced it with in 2009. I felt wasteful paying $350 for it when I was only using it sporadically, but I’ve had it 11 freaking years and it still works perfectly, so it doesn’t seem as wasteful in retrospect.

Another consideration is secondary use. If you got a pen display you’d have a small-ish spare monitor to use as a second or third display, which could have use. The Wacom One could also do double-duty as an additional screen/input device on a phone when away from a PC. So even if you only use it occasionally for art you might find other uses for it.

(Pen display can also be fun with some video games but that’s kind of just a cool side-effect of having one rather than a reason to buy one.)

> Also, with paper I can work fully “offline” which I like. But yea I’m willing to get a tablet if it is more ideal for this purpose.

If you’re going to be doing art that eventually makes its way onto PCs, like game assets, you’re going to have to do some of the work digitally even if you still primarily do traditional art. So having something will be useful because seriously, doing even minor edits with a mouse sucks in comparison. And odds are if you have to do any kind of inking you’ll want to do it digitally because oh sweet jesus inking in digital is amazing thanks to undo and zoom. Plus it can be useful for digital-only things like the aforementioned zbrush/blender sculpting.

Point is, there’s no reason you have to ignore digital if you’re doing traditional, or vice-versa. If you like paper you can always combine it, some artists do all their sketching on paper but swap to PC for inking and colouring for example.

Oh dear god this comment got long, I’m so sorry.

This is a bombass inexpensive pen display, but $400 can be pretty cost prohibitive. A standard drawing tablet like this is a great way to dip your toes in without spending a bucket. There’s a lot of videos on youtube and etc reviewing options aimed at beginners not trying to spend a fortune, may be worth checking out. As for software, Krita is outstanding and totally free.

It will be interesting to see the reviews, and if the price drops on official release.