What is the opinion of Reddit about the
SVS Ultra Bookshelf Speakers – Pair (Piano Gloss Black)? 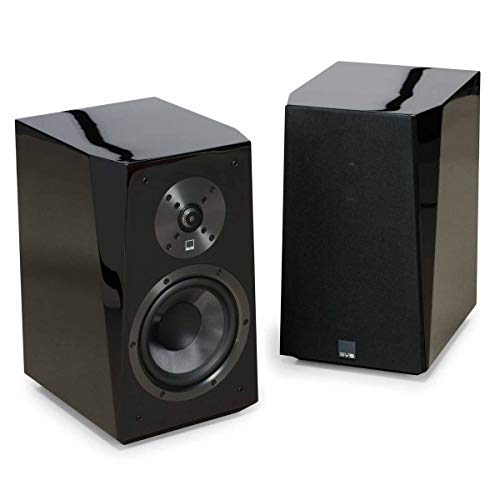 Towers are definitely better than bookshelves, but there’s a lot more to it than that.

Let’s say you’re spending $1000 on speakers. You could get a pair of $1000 bookshelves or a pair of $1000 towers. Those bookshelf speakers are the highest line of SVS speakers, and those towers are the lowest line in the Klipsch lineup. The Klipsch towers get lower, but not enough to make me happy. They get to the 30s. You could get the bookshelf speakers and a subwoofer for less and it would get lower. Here let’s make this comparison quick:

Bookshelf speakers basically sound the same as towers, but towers get louder and have slightly more bass. So, you could get a pair of $290 bookshelf speakers that will sound almost the same as the towers. Now, we’re comparing a pair of $290 speakers to a pair of $1000 speakers. I’ve heard plenty of tower/bookshelf combinations, and I’d pick the bookshelves every single time. I personally have probably 20 pairs of speakers, and only one pair of towers. The only reason I got them is because they’re top of the line for the brand. I like the way that brand sounds, and rather than get the bookshelf speakers, I got the towers because I wasn’t worried about them being cheap, I was more worried about them being the best they can possibly be, if that makes sense.

Also, let’s go back to Klipsch again. Those $1000 towers we were looking at are, again, in the lowest line of what Klipsch makes, meaning they’re the worst Klipsch speakers. You could go up a line, to the RP line, for a bit over $600. This will give you a better sound from the same manufacturer for less money.

So yeah, endgame speakers are probably towers. But on your way there, bookshelf speakers give far better value.

Please ask more questions if you have them because I feel like this might have been confusing, but I’m on my phone and I don’t really want to shuffle this all around right now haha

Ok, how big are you willing to do? Anything truly “bookshelf” sized will be hard pressed to produce any real bass, but there are some options that will dig down a bit.

These are pretty tough to beat for amazing “bookshelf” speakers..
https://www.amazon.com/SVS-Ultra-Bookshelf-Speakers-Piano/dp/B00WR1OOSO/ref=sr_1_1?ie=UTF8&amp;qid=1493834198&amp;sr=8-1&amp;keywords=svs+ultra

or these, though the bass wont be as amazing
http://www.accessories4less.com/make-a-store/item/kefls50blk/kef-ls50-5.25-2-way-mini-monitor-high-gloss-piano-black-pair/1.html#!specifications