What is the opinion of Reddit about the
Sony MDRXB950BT/B Extra Bass Bluetooth Headphones – Black (International Version)? 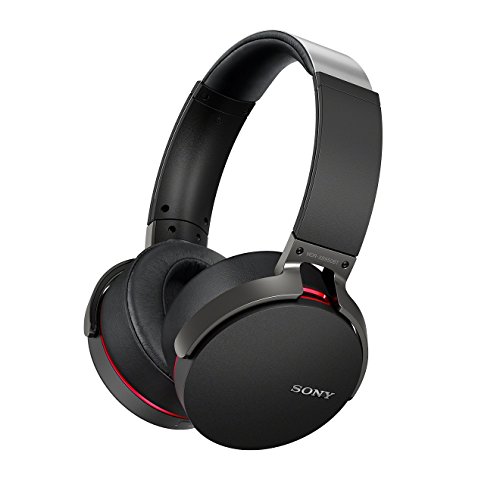 Sony MDR-XB950BT, they’re godly. Bass boost optional but not required. Bluetooth, but you can use a lead with it for when you’re doing something where wires don’t matter. Has a built-in microphone. Really comfortable. Controls on the right-hand earpiece. I can’t shill for these enough.

Requirements for Isolation: Some? Not massively important, no audio leak being preferable.

Reason: I’m currently looking to replace my current generic BT headphones (Sond Audio) with something a bit “newer/shinier” for work/home listening. I am not an audiophile by any means.

I’ve been eyeing up a few different brands (Sennheiser HD 4.40BT, Sony MDR-XB950BT & Skullcandy Crusher Wireless) but am pretty lost on what would be best bang-for-buck in terms of build quality & sound quality.

So any audiophile worth his salt will hate me, but I am really not that fussy on headphones. For listening to music and when out and about, I prioritise bluetooth for convenience – which immediately kills pretty much any discussion on quality as I believe the bitrate on bluetooth is pretty low and only a vaguely recent update allows better quality (which I am pretty sure neither my headphones or phone supports anyway). The ones I use for that are these Sony ones. They are expensive (to me) at £99, but I wanted something that had a decent build quality, was bluetooth and was comfortable. Prior to this, I used a £25 set that sounded about the same so either I am tone deaf, or bluetooth rally does kill audio quality. I am happy enough though, though if anyone has recommendations for a “better” pair of bluetooth headphones, I am all ears.

When at my PC and gaming, I use a headset – again wireless for convenience. They were a gift so it wasn’t my direct choice, but I am happy enough with them.
It’s this model: https://www.amazon.co.uk/Turtle-Beach-Stealth-Wireless-Headset/dp/B00KSQAACO

Though it says it’s for PS3/PS4, it works just fine on PC and I have no issues with audio quality or anything like that. They could be a little bit more comfortable, I find that my ears get a bit sore after a couple of hours, which is a shame. My (ex) wife has a pair of wireless Turtle Beaches and I really like hers, the ear pieces are much bigger and I find them to be much more comfortable, but I don’t think they make that model any more – and there’s really nothing wrong with the headset I have so I am in no rush to replace them. Though as before, I am open to suggestions. I am not above paying a little extra for something that’s genuinely better, but “better” to me in terms of audio quality is of little issue, I really can’t say I’ve ever noticed much difference between cheapish (~£30) pairs of headphones and £300 pairs I’ve tried in various shops. There’s a distinct drop in quality at the really cheap end, the no-brand crap you get in discount stores but that’s about it as far as I can tell. I am not an audiophile by any means though, and I don’t mean to try and say that there is no difference (I am sure there is), I just can’t detect it.

I’d say both of the above are the “best” I’ve used because previously I used wired devices and found them a pain.