What is the opinion of Reddit about the
Skullcandy Crusher Headphones with Built-in Amplifier and Mic, Black? 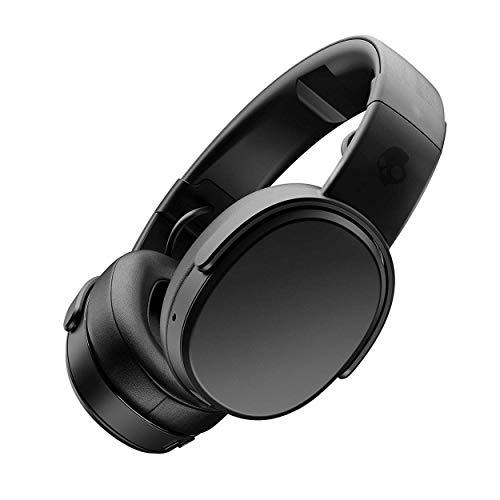 Same here, but then again, I have these just to listen to things like this and get that crazy ear shattering bass feel.

I’m trying to buy a new pair of Headphones for my SO. He’s got kind of a big head and he wears his stuff into the ground, so something durable or long-lived would be nice. They’ll be primarily used for gaming, but he doesn’t need a mic. No amp.

Requirements for Isolation – Indoors, unlikely to ever leave the room. Closed/Open not a super concern, but he may prefer closed.

Preferred tonal balance – Balanced? The Crushers (below) sound very flat to me.

Past headphones – He’s worn his Skullcandy Crushers into the ground, gone through about four cords, and the pads are starting to flake. Personally, I think the band is starting to dent his noggin’ and maybe something more comfortable would be better. He’s tried my Seinnheiser HD558’s but he doesn’t like the fit.

I’ve looked at some of the recommendations and I’m kind of interested in AKG K 240 MKII but I’m concerned about fit, wear, and what feelings are here.

Vibrating earphones with a little transducer in each cup like the older skullcandy crushers add a little bit to the immersion. I haven’t seen a report of the few I have seen of anyone trying it and not liking it, even over their high end headphones. Rosewill also made a vibrating set (USB though) you might still be able to find, cyberreality had a pair and didn’t have anything bad to say about them.