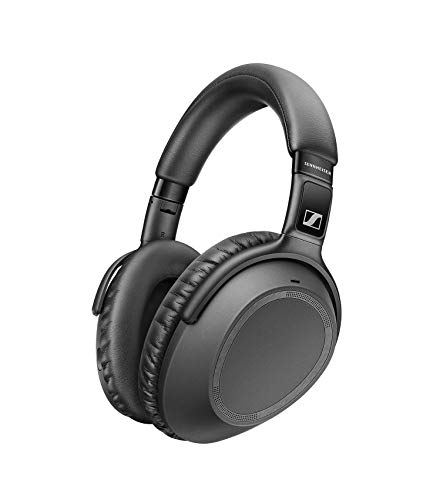 No headphones for the gym.

As for your sound, I think the Shure SRH 840 would be a good idea. The AKG 371 are good headphones but the issue is that they have a neutral sound (which may sound bland for those genres). A V shaped sound would go good with most of the genres you listed and would sound exciting (although it can be fatiguing quicker than neutral). They are tuned pretty good.

If you want Bluetooth headphones with ANC, consider the PXC 550-II as you can pick them up for about $170 (they are currently on sale) and they are worth it. They have a lot of features with the app, are comfortable, have good sound and touch controls, can be used with a wire, etc. making them a good buy at any price.

The Shure SRH 840 have better sound quality than the PXC 550-ll but the Sennheiser headphones are more convenient as Bluetooth headphones.

Also consider the Sony WH-1000XM3 if you can find it used for that price.

I would recommend buying the Sennheiser PXC 550, you can find them here for a close enough price. They are one of the best that you can get for the money.

I’m currently testing the Sennheiser PXC 550-II. I like them so far. I rent a WeWork office that I use to study for learning to program and it can get a little loud and distracting. So far these have been great for extended hours of use. Fatigue has been minimal and wearing thinned framed glasses doesn’t pinch my temples.

They are also pretty light weight and you can turn off the Bluetooth signal and run an aux.

I haven’t tried a video call yet. But noise canceling has been exactly what I needed to block out loud talkers with quality sound.

I compared them to the Pro Audio model and those squeeze your head to isolate noise. I don’t recommend those.

If you want automatic noise cancelling, I highly recommend the Sennheiser PXC-550 II.

Very good sound, if a touch light on bass, solid noise cancelling and excellent fit and comfort. $197 at Amazon and a much better value package than the Sony XM3 or XM4 or the Bose 700 or QC35 II.

Depends how much you’re willing to spend. Here are two high end solutions with killer sound quality. Basically, anything with a USB dongle will work great.

I want to buy new headphones and I don’t know what to choose.

I have searched and found this brand and model.

I think they are great, but I want to know your opinion.

If you know of similar headphones (in terms of budget, quality of design and sound, etc), let me know.

I mean I got an Original PXC-550-II from the Sennheiser store for 200 something dollars on Amazon.

what other better high fidelity audio headphones does Sennheiser have on this range?

Definitely Sennheiser PXC 550-II, he will love them

Those ATH are ok, but I would also recommend the Sennheiser PCX 550-II. The call quality is very good, they are not bassy and they fit your budget.

If you’re looking for balanced sound under $200, at least as much as a consumer-tuned wireless headphone will allow, then I recommend these two. I’ve owned both:

Sennheiser PXC 550-II. Super comfortable, very good noise cancelling, balanced sound. Great travel headphones, too, since they fold into a small package. My only complaint is that the volume is a bit light. It’s OK, as long as you don’t need ear-splitting volume. These normally run close to $300, but Amazon has them for $157 right now in a SMOKIN’ deal: https://www.amazon.com/Sennheiser-PXC-550-II-Wireless-Cancelling/dp/B07ZPQQCVX/ref=sr\_1\_3?dchild=1&amp;keywords=pxc+550-ii&amp;qid=1627741110&amp;sr=8-3

AKG N700NC M2. Very nice cans despite the plastic build. Neutral sound with a touch of bass punch, but it doesn’t bloom into the mids. There is a slight treble grain, so that may annoy if you’re sensitive to treble. Still, very nice cans. They’re $190 at Amazon but can be found cheaply on eBay and other sites. I bought mine for $140, so this price seems a bit high. Small ear cups, but oddly enough, they fit my slightly-larger-than-normal ears fine. https://www.amazon.com/Samsung-Over-Ear-Foldable-Headphones-Cancelling/dp/B07X1DWBVW

The Sennheiser’s are a better deal than the AKG’s, especially when the AKG is $190. But I think you will be happy with either, as both have much more balanced sound than the booming, bassy, hot treble, V-shaped Sony consumer cans.

Greep has some nice cans

Lmao yeah never buying beats. They have something like an XM3 too so there was… uh https://www.amazon.com/Sennheiser-PXC-550-II-Wireless-Cancelling/dp/B07ZPQQCVX flash sale

I just ordered a pair of https://www.amazon.com/Sennheiser-PXC-550-II-Wireless-Cancelling/dp/B07ZPQQCVX/ – based on my searching they seem to be good, but I haven’t tried them. I’ll have them tomorrow and I’ll let you know how they are.

I have had bad luck with Bluetooth headphones with mics, that switch into a low-quality “hands-free mode” when you enable the microphone – I’m really hoping these don’t do that.

Unless I’m missing something, aren’t these going for $194USD, brand new, on Amazon?

Also after poking around i found this https://www.amazon.com/Sennheiser-PXC-550-II-Wireless-Cancelling/dp/B07ZPQQCVX?ref_=ast_sto_dp the PXC 550 on sale for 244 possibly that might be worth gettting?

All these information is from my research, and I haven’t compared any of these headphones. In fact, I have never listen to any of them, so take it with a grain of salt.

Just found a pair of ANC headphones from Sennheiser called the PXC 550-II on sale on Amazon US for $257.10 USD. Here is a review of them on Head-Fi which is a popular audiophile forum website.