What is the opinion of Reddit about the
Sennheiser Momentum 2.0 for Apple Devices – Black? 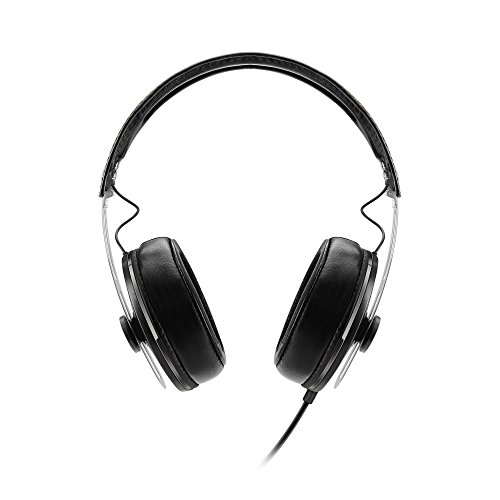 Thanks for the info (:

Also how long do they usually take to ship

Momentum 2.0 has a nice warm bassy signature that should suite you well and it’s at the top of your price range: Here’s a set I found on amazon.com. Hopefully this helps you.

Check out the Sennheiser Momentum Mk2

If you don’t need a folding mechanism and can life with slighty narrower pads, go for the Mk1. They are also heavily discounted since the Mk2 was launched.

I have both. I’d go with the Rift if I were you. Many games on the Rift can be played standing or sitting still because many developers have been implementing full locomotion options (able to move with your touch controller).

I was day one with the PSVR but now after having a Rift for the past month I’ve decided to sell the PSVR and keep the Rift. Some of the reasons I made the decision:

Rift visual quality is noticeably higher. I don’t know how much my pc has to do with this (Ryzen 5 2600, Nvidia GTX 1080) but I’m loving it. I notice less screen-door effect on the Rift. I do notice more god-rays on the Rift but I’d take that if it means better visuals.

Vastly superior game library. The Oculus store alone is much better than Sony’s PSVR library. There’s also the steam store, many of the VR games in it work on the Rift.

Vastly superior tracking. Now that I’ve tried 360 tracking there’s no way I can come back to Sony’s single camera solution. With Sony’s solution I had the camera “mounted” (damn thing doesn’t even come with a tripod hole so I had to duct tape it into the tripod) on a camera tripod and depending on the game I was playing i’d have to move the camera higher or lower.

With Rift’s solution I haven’t touched the sensors since the day I set them up and set up was ridiculously easy and inexpensive. Doesn’t matter which game I play I don’t have to do anything to them, it’s very convenient.

Vastly superior motion controls. The Touch controllers are amazing and I will never want to go back to the ancient Playstation Move controllers.

Rift’s headset is much lighter and more comfortable in my opinion. I previously thought that the fact that the Rift comes with headphones installed is stupid but I must say I was so wrong, these headphones are decent and it’s one less cable you have to mess with. On the PSVR I was constantly annoyed with the cable from my headphones and everyone I let try it also found them annoying.

For the PSVR I have the Sennheiser Momentum 2.0 (https://www.amazon.com/gp/product/B00SL2YX02/ref=oh_aui_search_detailpage?ie=UTF8&amp;psc=1) and to be honest with you I much prefer the Rift headphones mainly because of comfort and convenience.

PC games can be tinkered with easier, PSVR games you’re usually stuck with whatever options the developer included. Have a low-end graphics card? You can downsample with the debug tool to give you better framerates, and some games go further by allowing you to modify the game’s graphics. If in the future you upgrade your graphics cards or CPU you can use supersampling to improve visuals and if the game has a graphics menu you can turn the graphics up.

Do yourself a favor and go with the Rift you won’t regret it.

If you get the DT770 or Fidelio X2, please buy them from a place where you can return them.

If a lot of what you listen to are like the two songs you posted, I personally think you want to stay away from something that’s overly bright or v-shaped. Those songs have a lot going on up in the treble, and it’s going to sound quite harsh and piercing with a headphone that emphasizes the already emphasized treble. I just tried it, and the second especially killed my ears. You may not have issues, but I needed something with a warmer sound signature to manage.

While the HD558 and HD598 would be somewhat warmer sound signatures, they are quite bass light (to the point that I personally don’t enjoy EDM on them). Something like the Sennheiser Momentum M2 or the on-ear Urbanite ($75!) would give you a warmer sound signature than the other options people have mentioned. Again, not saying that you entirely want the warmer sound signature, but I wanted to give you a couple bass and midrange focused options , especially given the tracks you linked. Best Buy may have some of these, could try and find a store to demo them, too.

I will be using them mostly at home, but if I am travelling I will be using an Android phone. Do the headphones vary at all when used with my computer? And what is the difference between the Apple and Android variants? If it’s only the volume rocker I am happy to sacrifice that to save $60.

On that note what is up with the huge variance in price? Do different variants have a different sale schedule? Should I jump on one of the three or wait for a sale?

Do I need an amp/dac for this pair of headphones? Would they help?
https://www.amazon.com/gp/product/B00SL2YX02/ref=ox_sc_act_title_1?ie=UTF8&amp;psc=1&amp;smid=ATVPDKIKX0DER

If you travel with them, they should be:

At the lower end of your price range, the Sennheiser Momentum 2.0 Over-Ears comes with all of those features/traits plus an overall balanced neutral sound. The leatherette earpads seal out sound but you might find they get warm after a while. You can swap them out for inexpensive velour earpads sacrificing a bit of sound leakage prevention for better comfort.

Near the top of your price range are the Oppo PM-3’s. The only aforementioned feature/trait it lacks is collapsibility. Also, the sound signature might be polarising – some might like it, some might not, i.e., not enough treble. Here’s a detailed review of its pros and cons, plus a quick combined review of the Momentum + PM-3.

They’re even on sale today

For $350 I’d personally go with the Sennheiser Momentum 2 or the Mad Dogs I mentioned in my first post.

I suggest you rather take a look at the Sennheiser Momentum Over Ear Mk2. These headphones do not require dedicated amplification and can be comfortably used in public without leaking sound, at the same time they also have the sound you are looking for.

The HD600 do also not feature that “little extra bass” you want. For that you should rather look at the HD650 or the AKG K712 PRO and a more appropriate amplifier like the ODAC+O2, the M2&M2 Schiit Stack or the JDS Labs ELEMENT. But the HD650 and K712 are also not suitable for outside use.

You should check Sennheiser Momentum 2.0, it’s steal for that price. They are also available in wireless if you want that.

That’s badass, can you do the same thing with these ones?