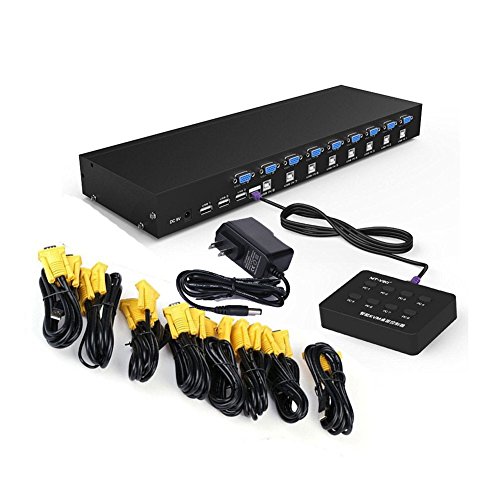 Ha! That’s so awesome, you can learn so much from just playing around with stuff at home. Congrats on landing that job before even graduating, you’ve literally beaten the odds!

So with the power thing, I’d get a rack PDU (Power Distribution Unit) that’ll plug into an uninterruptible power supply which will clean the power and act as a backup. You can find rackmount ones on Amazon for pretty cheap. The Cyberpower ones are solid, in my experience. Just remember not to put too many thing on the circuit. Might even be worthwhile to get an electrician to give you an estimate on doing a 20 AMP line, which will give your stuff the ability to draw more power. Just make sure you get a 20 AMP rated UPS and PDU, too!

As far as the router goes, check out Ubiquiti, if you haven’t already. They make pretty solid hardware that a lot of IT people seem to use in their home. I’ve set them up for enterprise clients and they’re pretty reliable. Another option is pfSense. Maybe pick up an R210 or some small 1u server and use pfSense as your router. It’s a cool bit of software that even lets you integrate intrusion prevention.

You could honestly build a SWEET setup for $5,000 so you’re going to be set lol. Something I bet you’d really really like, is hyperconverged infrastructure. It’s more expensive to learn and play with because you need 10gb interconnects and a 10gb switch, but if you use, say, Nutanix Community Edition, you could have a 4 server cluster setup with failover. You could literally unplug a server and everything will remain online. It’s really awesome.

So, with the KVM console, I ask the same damn question every time I see the cost of one of those. I’m not sure why they’re so costly. I’ve always liked the idea of them too, but when I actually got one, it was more of a pain than it’s worth because I’d rather be sitting at my actual desktop when working on my servers, so I have it setup where I can SSH or remote into all my servers from my computer. Maybe invest in getting an extra monitor or two, too. Another option would be a USB KVM switch that you plug all your servers into, then feed into a monitor and run your keyboard/mouse into it as well. Something like this or this.

Lastly, it’s better to have too much space than too little space in a rack, in my opinion. Also, keep in mind that 1u servers are quite a bit louder than 2u servers. They’ve gotta push a lot of air through a smaller space, so they’re not all that quiet.

I put the first few words of the item name in on Amazon and found this: