What is the opinion of Reddit about the
Philips SHS5200/28 Neckband Headphones? 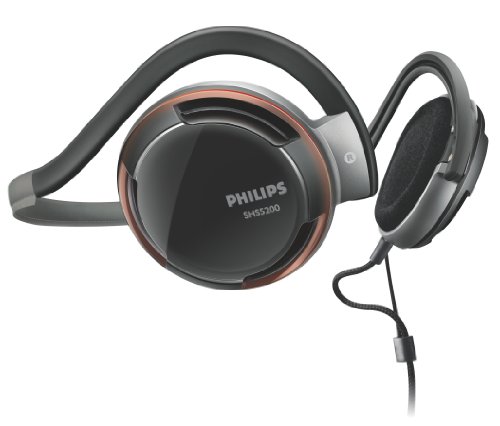 I’m looking for a better quality version of these headphones (Philips Rich Bass Neckband Headphones SHS5200/28). I absolutely love the design because they rest comfortably but securely on my head in addition to being minimalist and stylish. My problem is that these are cheaply made and the 3 different pairs I’ve bought have all had the sound start to flicker on and off on the right ear.

Budget is $200 USD. I don’t require isolation, and will be wearing them in public. I mostly listen to rock, rap, trap, house, and dubstep.

They look like ass, have no technological features, but they’re cheap and they stay on until hell wouldn’t have it. I usually get 6mo-1yr out of them before the cord comes apart or they get lost.

I use Philips SHS5200 Neckband Headphones, and they’re really durable, especially seeing as they don’t cost that much. Of course, they’re a bit delicate, so I can’t treat them too roughly, but as long as I take care of them, they last a good, long time. I bought my last pair of them almost a year ago, and they’re still in fine shape.

Keyboard: Logitech G510 (Corsair K70 MX reds for the past week but probably gonna return it for the MX brown version since reds are garbo)

I use http://www.amazon.com/gp/product/B003CJTR8M?psc=1&amp;redirect=true&amp;ref_=oh_aui_detailpage_o00_s00 because my hair makes over the head literally impossible to be comfortable and I hate inears.

I was looking at reviews for the Cloud and it just seems like the general opinion of people who had both was that the first version was sturdier and otherwise the differences were just aesthetic.

I would use the headphones for walking around campus, library, and the apartment. Ideally, I would love to get headphones that I could use for running as well, but I might just get a pair of these:
http://www.amazon.com/Philips-Neckband-Headphones-SHS5200-28/dp/B003CJTR8M/ref=sr_1_1?ie=UTF8&amp;qid=1321257325&amp;sr=8-1

I think I’ll wait for Black Friday, thanks for the advice!

I haven’t tried furmark, as I am not interested in a load that is more than it ever actually uses and explicitly warns it could damage cards. My memory of heaven is that it wasn’t as heavy as games are, perhaps CPU limited somehow?

In games the 72c is from 100% at stated clocks. Ambient temp is 22 or 23c. I tried both increasing and leaving the power limit at default. Either way my clocks and framerate appeared to remain the same, but with the power limit increased to its max I did at least once hit 76c. I have a custom fan curve that should be using about 75% fan at 72c. But with these headphones and it under my desk it’s quiet enough that I don’t hear it. I can hear it when it’s just my speakers but it’s not loud enough to annoy me.

I’ve been using the Philips Rich Bass Neckband Headphones for a couple of years. Still not showing any signs of giving up the ghost. They’re on Amazon for about $24 right now, but I remember paying around $15 for them.

I just picked up a set less than a month ago and I think they are great for casual wear around town/exercising. They sound very nice especially for how well-priced they are. The only downside is that if you are listening to music loud then everyone around you will hear it, but that is pretty common with any set of headphones.