What is the opinion of Reddit about the
Logitech K600 TV – TV Keyboard with Integrated Touchpad and D-Pad Compatible with Smart TV – Graphite Black? 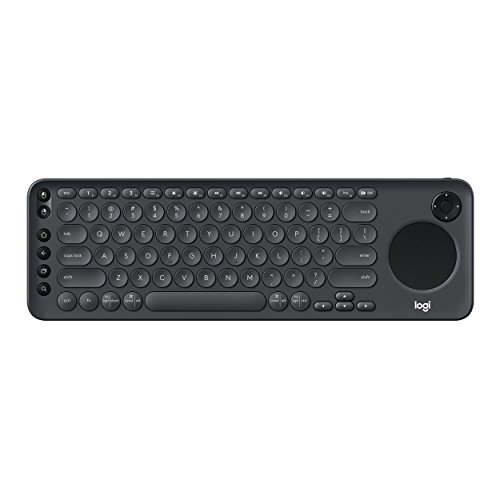 If you use both as monitors, meaning you have the FireTV connected to your computer too, consider waiting on a keyboard like this to go on sale. I have one and absolutely love it.

It’s a Logitech K600 TV can be found on Amazon https://www.amazon.com/dp/B07C6LXYHL/ref=cm_sw_r_cp_apa_glt_fabc_8M6RJ6XH7A4KP1TBXZZS?_encoding=UTF8&amp;psc=1

Fair warning: Airseller’s lists are quite questionable outside of gaming PCs and the occasional content creation build; for anything else non-gaming, I’ve noticed some dubious part choices that drive up the budget (the list suggested on this thread is no exception), as well as not precisely adhereing to the build request’s parameters. He, along with a few other repeat offenders, also tends to plop down nothing more than a link, and often if there is something along with it it’s not as so much even a brief explanation of the list as it is a sentence or two (at least here it’s actually a justification of the case and making a case for an SSD…. although the part selection does remain dubious.) This may seem harsh and rather-off topic, but I absolutely can’t stand when people do this and the OP ends up with a subpar build.

I’ve had to heavily modify this build to make it actually practical. Here’s what I got.

The SIlverstone GD09B is good for an ATX-compatible HTPC case. However, as it only comes with one preinstalled 120mm fan, you’ll want to fill up all the fan mounts for better airflow; there are 2 more 120mm fan mounts and a pair of 80mm in the rear. As far as HTPC cases go this one is on the larger side, but it does have slightly better airflow – though not as good as a MicroATX tower case. This case also only has 2 USB 3.2 Gen 1 on the front, so the mouse and keyboard may have to go into the back.

That being said, the LAST thing you want in a cramped case like this is a CPU that creates a lot of heat – this is exactly what the 5800X does. The 5600X should be more than sufficient for the games you are playing, and it also runs much cooler – in a media center like this you’re probably not going to need more than six cores on a CPU. The CPU cooler can stay though – it’s a pretty good and quiet one. If you want even less heat, a 5600G or 3600 will work,

Motherboard is fine, there’s nothing to change there. Memory is somewhat in excess; I’m one for more memory myself, but for this sort of system where gaming is a secondary purpose and the primary is as a media center, 16 GB would work in the form of this Crucial Ballistix 3600 MHz CL16 kit if you want to save a buck. Zen 3 would also benefit from faster memory; 3600 MHz CL18 over 3200 MHz CL16 will result in a small, if meaningful, performance boost as it is the sweet spot for price/performance for Zen 2 and 3. Note that two kits of the 16 GB Crucial Ballistix kit would be even faster.

The 6 TB SSD was overpriced and unnecessary – I’ve never seen anyone fill up more than 2 TB of SSD for games unless they’re unloading their entire Steam library, and even then I don’t think you’ll have THAT much in terms of programs and games. A 1 TB NVMe with a DRAM cache, the Sabrent Rocket, and a 4 TB 7200 RPM HDD should be sufficient for storage – if you want you can get a Crucial MX500 2 TB to replace or complement the hard drive if you want plenty of fast storage though, as it is within your budget. Either way, you’ll be getting 5-7 TB of storage for much less.

The RX 6800 is another power-hungry and heat-emitting component that is not ideal for an HTPC; while it would work, the card would run unbearably hot (even at stock it would probably throttle, given that HTPCs tend to be placed in cramped spaces – even out in the open the airflow in this case isn’t too great and it’ll still run hot.) The RX 6600 XT is a much better fit for the games as well given that the games you’re playing will work well at, say 1440p60/75 for a AAA game on a TV like a console – there’s no need for high frames here. It also draws considerably less power than a 6800/XT at a 160W TDP over a single 8-pin PCIe power connector compared to the latter pair’s 250/300W TDP respectively. If 1080p60/75 is the name of the game, a 1660 Super or RTX 2060 would suffice easily and draw even less power – I’ll leave that up to you.

The Thermaltake 850W PSU may have been sufficient for that list, but with reduced power requirements we now only need a 650W PSU; the MSI MPG A-GF 750W is an A-tier PSU on the LTT PSU Tier list and fully modular, a necessity as this case is quite cramped and you’ll likely have wires flying everywhere. The 750W also ensures for upgrade headroom down the line, though with HTPC cases in general having terrible airflow you’re going to want to keep a close eye on thermals (even with the GD09B your options are kind of limited – anything that draws more power (read: not performance) than a 3060 Ti or 6700 XT will likely cause thermal issues unless undervolted.)

I also noticed Windows was missing, so I’ve included this. (If the OP can adhere to the build request template, you should be able to adhere to their suggestions, people!)

For a mouse and keyboard, I swapped out only the mouse; I personally know that the K596 Vishnu is a great wireless mechanical keyboard for the price, but it does need to be charged every once in a while (USB-C, fortunately.) The Razer Basilisk X Hyperspeed is probably the best semi-budget wireless mouse that I’ve ever owned – it’s powered by a single AA battery so its battery life is quite considerable (2 months give or take), it fits around your hand well (well, it did for me, but it’s a generally well-sized mouse,) and the buttons feel nice to click. It even has 2.4 GHz and Bluetooth modes, so there’s that.

Come to think of it though, if you’re going to leave these two on a table it might be a pain to lean forward and use them to navigate the streaming services and whatnot. This is obviously the purpose of a remote, though for typing to search something up a remote can be a pain. Consider the Logitech K600 as a dedicated TV keyboard – it has a touchpad for this very purpose.

If you have any questions or would be open to a small mini-tower MicroATX or ATX-desktop case that goes on a bookshelf, please let me know and I can revise the build around that (this will allow for components with higher thermal outputs as well.)

Hey buddy, no one ever responded! That’s okay. I was able to hunt down aLogitech K600, works beautifully. There’s also a cheaper stylus option that I really love using. Does everything it should! A simple folio case and a cheap little stand, and you’re set. Best wishes!

I personally use the Logitech K600 because i switch back and forth between wireless DeX and controlling my TV with it.

What kind of issue did you have with it? I have a keyboard that can switch from TV to PC. I noticed some mouse cursor issues, but when I switch to the PC the mouse worked perfectly. But if you go inside ‘big picture’ i have to use the arrow keys, which is not too bad tbh.

Edit: I use this keyboard. It has D-pad navigation right above the trackpad. https://www.amazon.com/Logitech-K600-TV-Keyboard-Integrated/dp/B07C6LXYHL/ref=sr_1_4?dchild=1&amp;keywords=lg+wireless+keyboard+for+smart+tv&amp;qid=1597883075&amp;sr=8-4