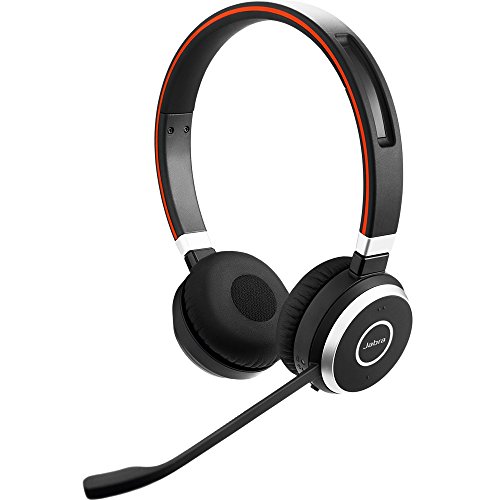 I just use a normal Bluetooth headset for situations like this. You get the sound isolation you need, as well as mobility.
Get one that can connect 2 devices so that you can use it on your phone and computer for Zoom, Team, whatever calls.

I’ve had good luck with Jabra’s…Wave, Stealth. Just as long as it connects to two devices, and you can switch between them. When I’m not on a call I just keep it plugged in on my desk so that it’s always charged.

Per your wants, this Jabra Evolve looks promising and can connect with up to 8 devices and can do PC and Phone at the same time.
https://www.amazon.com/Jabra-Wireless-Bluetooth-Headphones-Packaging/dp/B0728KWLZK/ref=sr_1_5?dchild=1&amp;keywords=jabra+bluetooth&amp;qid=1618939271&amp;sr=8-5

If I was going wireless for calls the first headset I would try is the Jabra Evolve 65/75:
https://www.amazon.com/Jabra-Wireless-Bluetooth-Headphones-Packaging/dp/B0728KWLZK/

I currently use the wired version and it works very well for me for calls. I don’t think it would be middle of the road for music. I personally find that if the headset doesn’t have a mic positioned by a boom near my mouth, it doesn’t work well for calls. It got tired of being on the end of other peoples calls where they sounded muffled because they were using a music headset for calls and kept getting irritated that I asked them to repeat themselves, being unaware it was their fault for their headset choice.