What is the opinion of Reddit about the
Focal Closed Back Circum-Aural Hdphns? 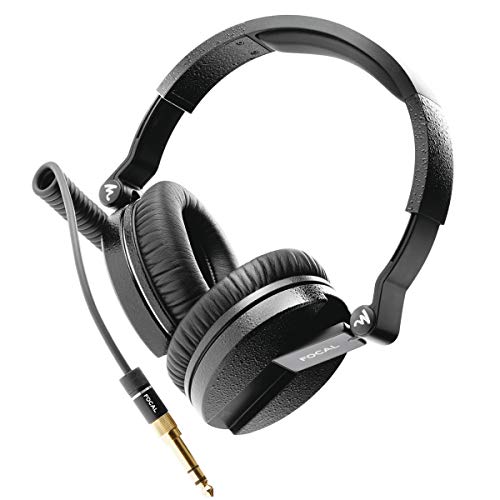 I can attest to Focal Spirit Pros, they’re insanely accurate for their pricerange. That or save from some Audeze and have eargasms.

Not from experience, but ive heard good things about these. Budget ones could be these but you get what you pay for like anything else.

I love the Focal Spirit Professionals.

Contrary to the reviews, I haven’t had any headband issues nor comfort issues.

Alrighty, and on to the headphone options. If you want noise isolation, be it for yourself or others, closed is the way to go. While turning down volumes on open headphones would sort of work, sound would still leak, the perception of fidelity would decrease, and your ear’s equal loudness contour gets more &quot;reverse u shaped&quot;, which doesn’t do great things for how things sound.

An additional merit is that, due to the fact that some of them are designed to be portable, there’re some darn nice closed headphones in this budget range which work just fine without an amp, which gives a bit of extra “theoretical budget”, if you will.

The first thing that comes to mind, looking at your budget and requirements, is Oppo’s PM–3 (available direct from Oppo for $399, I believe, though if you’re willing to wait on Headroom getting one back in stock, I believe it’d be about $40-60 cheaper with their discount codes). One of the most recent headphones I’ve ever recommended, having released earlier this year, the PM-3 is quite a nice little affair – comfortable, high-isolation, efficient, portable, and well-made. The sound signature is usually described as either neutral or warm-ish, though the measurements show it to be a neutral headphone by most measures. Though it supposedly lacks the “planar slam”, a tight, impactful bass presentation which is associated with planar magnetic headphones, the PM-3 is still widely regarded as an absolutely stellar headphone. It even comes with an in-line mic, too, so you don’t need to buy a clip-on.

Now, Oppo isn’t the only show in town when it comes to closed-back planars in this price range. MrSpeakers, a prominent headphone modder-cum-designer also has an offering in the $300-400 space: the Mad Dog ($270 from MrSpeakers himself, or $380 for the ostensibly upgraded Mad Dog Pro, on which little data exists). A heavily modded rendition of Fostex’s T50RP, the Mad Dog is a very well regarded headphone at its price point, considered to have excellent build quality and comfort, and a fairly “forgiving” sound signature which plays well with shoddier recordings. All of the Mad Dogs are known to be fairly sparse in the treble department, but their sound is still relatively neutral. With the PM-3 out, the Mad Dog isn’t the value proposition it used to be, but Dan’s discontinuing the whole line for unrelated reasons, and they’re all on fairly reasonable sales as a result. One drawback is, however, that the Mad Dogs typically need an amp to get the best out of them, being fairly inefficient, which eats most of the price lead they have over the PM-3.

Now, my initial spiel about planar versus dynamic aside, there’re a lotta dynamics out there which are no slouches in terms of sound quality. Indeed, one brand, Focal, has two of them: the Focal Spirit Professional ($350 via Amazon) and Focal Spirit Classic ($400 via Amazon). Both are neutral-ish with perhaps a tad bit of a boost to bass/lower mids, the Professional being more neutral than the Classic, as the measurements show. They’re theoretically more monitor than general listening headphones, but reviewers have consistently regarded them favourably for casual use in addition to professional applications. They also have the merit of being very efficient, as befits a portable design, and so while an amp might help a wee bit, you certainly won’t be missing out significantly by not having one, as with the PM-3. There is one area in which the Focals fail, however, as Dreyka’s review notes: their pads are small and shallow. While their lower weight and moderate clamping force decrease the impact of this, they are not famously comfortable, and many find them outright unpleasant to wear as a result.

Now, as you may have noticed, those options all hew above $300. I’m not trying to disregard your statements, here, but I did note that, given the system “sketch” I had, there was roughly $400 of slack, so that’s where I aimed my suggestions. There’re plenty of solid cheaper headphones, if you’d like to set $300 as the hard limit – the Audio-Technica ATH-MSR7, NAD’s VISO HP50, etc, but they all do fall short of the more expensive models, which are (at least to my current assessment) within budget, which is why I left them out at least initially. If you’d like me to sort out a new recommendation set, featuring a cheaper roundup, that’s entirely doable, of course.