What is the opinion of Reddit about the
Fluance XL7S High Performance Two-way Bookshelf Surround Sound Speakers for Home Theater and Music Systems? 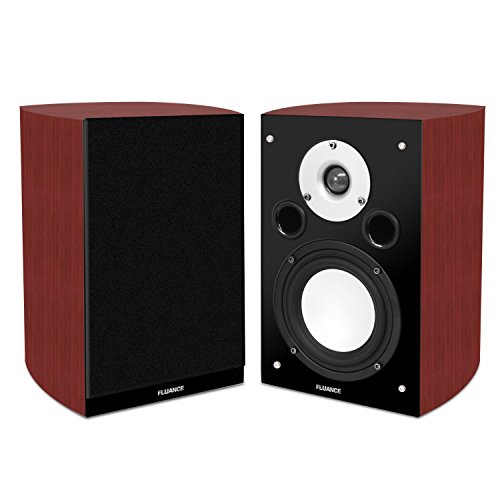 First off the Pioneers are great speakers but not for putting on a shelf as they are rear ported. This means you’ll want to get them away from the wall to get the most response from the port (which will reward you with a significant boost in the low end).

Second the OS are a DIY kit so you’ll be building them yourself…if you’re cool with that I’ve heard that are amazing little speakers. Again as designed they are rear ported so either you have the same issue or you move the port to the front.

If you really want to use speakers in some kind of furnature I would look for some that are front ported so that you’re not firing them into a wall. Something like these Fluance XL7S might do you very well. They are front ported, under your budget, and have a good reputation. Now that being said if you were to get a pair of stands for your speakers and get them off the wall your options would be much more.

Depending on what you mean by mid-price, maybe the Fluance XL7S, or their Signature bookshelf if thats what you meant money wise, or the SoundAppeal 6.5 if you meant for less.

Great, thanks for the help! Do you have any suggestions for a good pair of smaller speakers for $200 (US) or less? I was looking at the Fluance XL7S-DW or the Teac LS-H265 or one of the Infinity Priums series. Do you have any experience with these speakers or the brands?