What is the opinion of Reddit about the
Everlasting Comfort Waterproof Twin XL Size Mattress Protector with 2 Pillow Protectors? 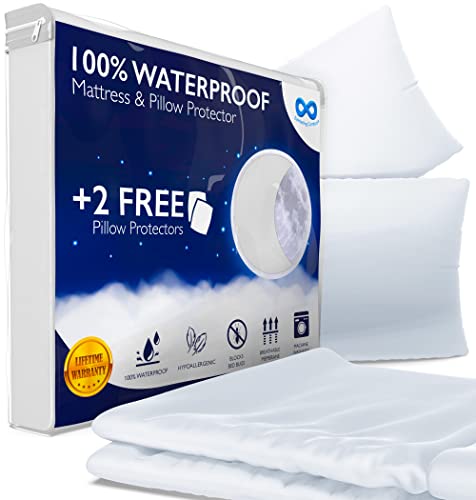 I just recently bought two twin XLs, upgrading from a ~6 year old twin I bought from them. Biggest thing I can say is take proper care of it, because towards the end of the older one it was getting a bit tough. Which wasn’t too bad since the main reason I got a bigger size was so my dogs and I could have a bit more room. It kind of amazed me how fluffy the new one were to sleep on, but that ends up going away eventually. Even though I haven’t taken my newer ones outside or rotated them much for the two months I’ve had them. If you have to leave them in an open area to sun bathe, probably put a light blanket over it because bird poop isn’t really fun to spot clean.

Definitely get a mattress protector, this is the one I bought. There isn’t much sound from it, but there a little if you try to listen.

Overall the beds are pretty nice, but they’re also the only brand I’ve bought from. Their kakebuton is alright, definitely worth for when it’s a colder day.