What is the opinion of Reddit about the
Energy CB-5 Bookshelf Speakers (Pair,Black)? 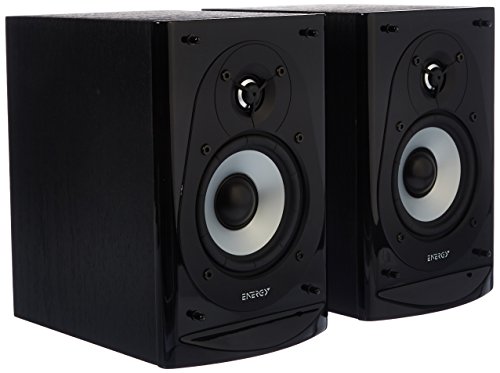 I don’t know if it’s overkill but I also don’t now how that sub will respond to being crossed that high up. I would stay with with smaller subs until you can upgrade the mains to something that will reach a bit deeper like these Energy CB-5. I’ve also found that after break in and in room response the speakers can reach a bit deeper than advertised. Not always but sometimes…I wouldn’t think you could get more than 130 so you’re still crossing high up there.

I was looking at size when I made recommendations but I think that considering the response the smaller subs would do better. You could always get two smaller subs…this won’t help you dig but it could help with imaging. Make your own three way as it were. Hell two of the Dayton’s or yamaha’s would be right at $200

There are some Energy speakers that might work into your budget. I have the Energy RC-10 in a 2.1 setup. They have a 5.1 budget system. I can’t say much for the sound, but you would need a receiver as well. They have some cheap bookshelf speakers that would more than likely sound better than your sound bar, but you’d have to amp them properly.

Like others have said, you’re not going to get much with that budget. You could get some cheapish speakers and a cheap 2.0 amp and use them as your rear speakers later.

I have a set of the Micca’s in my kitchen. They’re nice little speakers, but I would never use them alongside my television.

If you are itching to upgrade, my vote is to get a cheap set of Energy speakers, use them until you can afford to get a better set, and then move them to the back channel.