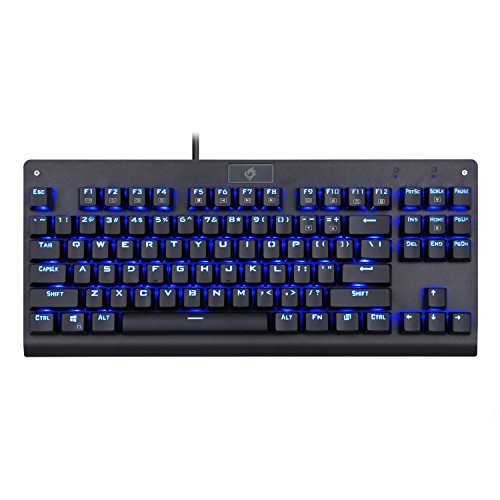 My GF’s rocking a cheapo EagleTec mechanical TKL from Amazon with fake Blues (I think, they’re heavy bois with a sharp lift-off to release) and blue LEDs.

She got it on a deal for $20 and it’s been just fine for at least 5-6 months. All switches/keys seem equal enough, caps/LED’s are fine, and the board itself is sturdy (no real creaking and zero looseness if you grab it and twist a little, but it is plastic).

Though, she types much more than she games, so I’d say that’s a better measurement of the switches than the couple caps that may fade from a gamer’s use.

Anyway, I’ve used it for typing and gaming a little. My current frame of reference from my daily is a K65 RGB with Reds. It works well enough, I’d grab one in a pinch if I had to – I’d go as far as to say I actually like using it over my MX Reds for general typing.

If you’re real question is:

Yes, yes I would.

There’s something to be said for a quality Mech board/caps/switches, but even a cheaper one is going to feel nice enough from what you’re using if you’re on a tight budget.

do you guys think that combining this keyboard and these o rings will simulate the feel of brown switches?