What is the opinion of Reddit about the
DeLonghi TRN0812T Portable Oil-Filled Radiator with Programmable Timer? 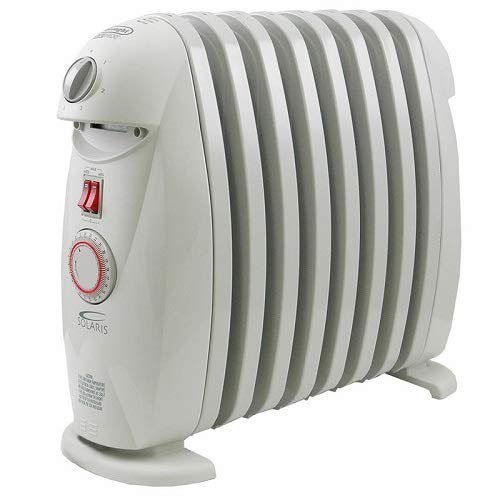 I’ve had a DeLonghi TRN0812T space heater since 2010. Regular use from November to February every year. Never an issue with it, and it is programmable to turn on at time of day you want it. It is entirely analog though and no app is going to work with this. Warning the programmable dial can be a real challenge for anyone considered born after 1995 or so.

I just read some reviews on amazon. Went with one like this. Make sure you read the directions…. needs to be warmed up fully on, once the oil is warm then you can flip down to lower power….. and it can be 500/700/1200 watts. So that’s cool.

I have a couple Delonghi oil filled space heaters with timer (kinda like this one) for many years that have worked well. They aren’t as much of a safety hazard as the small space heaters that can tip over and cause a fire. On the negative side, they are large and take a while to heat up — but that usually isn’t a problem if you set the timer in advance. Overall they are nice because they are quiet and don’t dry out my eyes and contacts like the smaller space heaters with fans.

You know, I hadn’t considered it. That’s a good point. I have always lived in old houses (1900-1950 ish) and used space heaters without issue. As I mentioned the weather was still pretty chilly when I moved in to this house in March, so I bought two of these and never had any problems running both of them over the course of those few weeks of cool weather.

I have tripped the breaker a few times when running the window A/C units and making the thoughtless mistake of turning on a hair dryer on the same circuit.