What is the opinion of Reddit about the
BUNN Heat N Brew Programmable Coffee Maker, 10 cup, Stainless Steel? 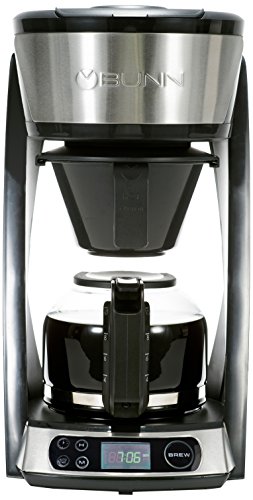 I have been using the BUNN Heat N Brew for the past year and a half and it’s been a fantastic machine for my needs. Only a 10 cup, so if all four people in my household want more than two cups of coffee it’s barely enough.

Those are great coffee makers but I don’t know why someone would recommend them on a budget.

Anything on the SCA Certified list should produce a similar cup since it’s just confirmation they’re performing at the same parameters.

The Bunn 10 cup at $130 and the OXO Brew at $150 are on that list and programmable at half the budget. I have a Moccamaster it’s well made but it’s going to make basically the same cup of coffee and it has like zero features. The Bunn is the closest to your budget and has the features you’re looking for.