What is the opinion of Reddit about the
Bulletproof Unflavored Collagen Protein Powder, 17.6 Ounces, Grass-Fed Collagen Peptides and Amino Acids for Healthy Skin, Bones and Joints? 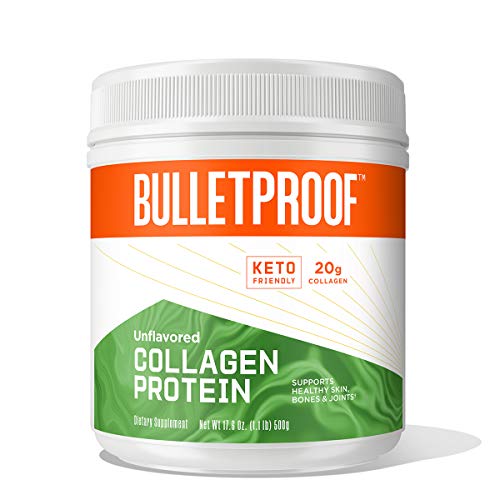 I’m heading into the deload (fourth) week, wrapping up four weeks focused primarily on finger and bouldering strength. The training was simple, but effective. At the outset, I couldn’t reliably half-crimp the Tension 10mm; by last Sunday, after four hours of bouldering, I could do pull-ups on that edge. I ticked two new V9s and more than a dozen V8s, had one session with 16 repeats of V8-9 boulders, came close to a third-go V9 send, and am very close on two other V9s and one V10.

To recap, the basic schedule was:

There are pros and cons to this sort of schedule. A major pro is that back-to-back hard days work wonders for technique, and in fact I sent or progressed furthest on harder problems (V9–10) on my second day on. That’s slightly misleading because I wasn’t trying to send at my limit on day 1, but it shows how efficiency can compensate for strength on hard but not limit boulders.

A con is that it’s very hard on the body. My sleep and diet were both necessarily excellent throughout the cycle: had either dipped one day, I doubt I could’ve trained. I slept with compression gloves to ward off joint stiffness (they work!) and started stretching my forearms each day (and intend to practice handstands primarily for this purpose). Surprisingly, focusing on hard training also made work less stressful, as I stopped trying to “be the hero”, zeroed in on getting things done or keeping them on track, and consistently left at a reasonable hour.

Regarding diet, I introduced a vitamin C pill and green smoothie on hangboard days which seemed to make me feel lighter and fresher than a solid breakfast:

(I’m curious what the diet experts around here would make of this. It’s for two servings.)

In light of my experience with Lattice’s 3+1 training cycles this year, I thought the recent thread on tapering was interesting, and dovetails nicely with our many discussions about structured versus free-form training. First off, I think everyone would benefit from having some structure. Even if your individual workouts allow for some leeway (as mine do) it’s important to have an overarching plan to ensure overreach by a predictable future date (the third week, in my case). Without planning, I think almost everyone tends to settle into a useless middle ground in which you’re never quite recovered for peak effort, but also never so exhausted that you deserve a deload.

Second, periodic deloading is a necessary component of hard, overloading training. I like 3+1 because it’s long enough to see measurable gains in strength, power, or endurance, but short enough that you can commit mentally to thrashing yourself until the deload. (The deload being “the light at the end of the tunnel”.) Practicing the deload throughout the year will also teach you what your body and mind need to feel recovered from a period of hard training, which will answer a lot of questions about how to taper for a trip or competition.

That said, I don’t think that what I know about deloading significantly informs me about maintaining fitness over an extended performance period (say, a month of climbing). I’m of two minds about this. One, if you just trained your ass off for six months, I’d consider completely switching over to climbing once the season hits. In a sense, you earned it; you might lose fitness, but so what — so did Ben Moon and Jerry Moffat when they took that strategy. Two, maybe consider maintaining strength via some max hangs or campus boarding during the week. This is actually a lot more taxing than it sounds, though, and I’m more skeptical than I used to be about its value.

Anyways, to wrap up a long update — training’s going great. My goal of flashing five V8+ in one session by November feels within reach. I’m absolutely dying to climb outside, but the weather sucks so I’m mostly going to stick to my plans for the next few weeks. I’ll retest my maximum strength and lactate curve at the end of this week. The next cycle is focused more on power, which for me means more multi-session projects (hard V9, V10), less capacity climbing (V7–8), and a shift toward high-intensity one-arm hangs.