What is the opinion of Reddit about the
Brookstone Bed Fan with Wireless Remote? 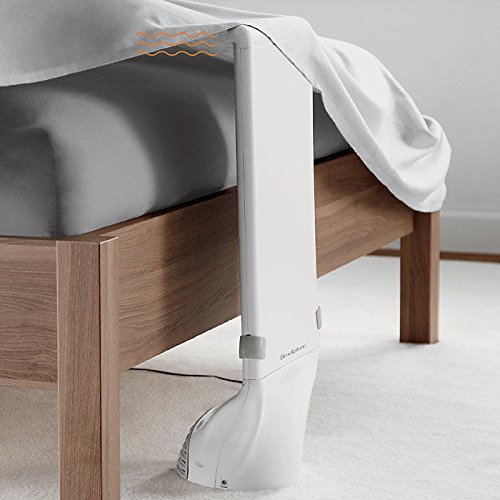 I had a similar experience. I’ve never had a reaction to a vaccination before other than a little soreness at the injection site. But, that second Moderna shot hit me hard.

I got my shot around 1:30PM on Saturday and felt alright until Sunday Morning. Around 11AM, I started feeling strange. It was like a balloon was being inflated in the front of my head. I then felt like I could not stay awake, so I went to bed.

Normally, I can get way too hot under a blanket, so I have a remote controlled fan device that blows cold air under the blanket so I don’t sweat at night. I love it. This day, however, I kept the fan off and fell asleep using my thick winter comforter. I woke up about an hour later, feeling super cold, even with my chonkin’ cat under the blanket between my feet. He usually warms me up good, but I was shivering and added my summer blanket on top and fell back asleep until around 8PM.

When I woke up, I felt so strange. It was like gravity had doubled and I was moving in slow motion. I remember petting my cat so very slow and feeling like I couldn’t lift my arms and legs (even though I could). I also felt like I couldn’t pick my feet up to walk, but I shuffled around anyway. I then walked around my home in defiance of how I was feeling, because it was such a strange sensation. I kinda enjoyed it.

The weakness lasted for a few days, but each day it was better. I had to take Monday off and I skipped showering for a couple of days, because I didn’t feel confident in my ability to recover if I slipped in the shower. Up until yesterday (Wednesday), my left arm felt weak as well. But, it feels better now.

I also had some fever, random chills, light headedness, and a little bit of stomach uneasiness.

The only reminder of the shot is that my left arm has a hard area around the injection site which itches a few times an hour.

If you want to get sophisticated about it they have these https://www.amazon.com/Brookstone-Bed-Fan-Wireless-Remote/dp/B00L3EY29C