What is the opinion of Reddit about the
Boom Swimmer Waterproof Wireless Bluetooth Speaker – Blue? 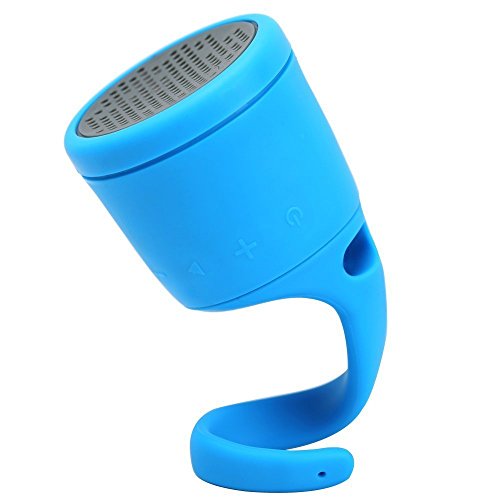 Take a look at the Boom Swimmer. It’s fairly loud and has both a suction cup attachment and a mailable hook that you might be able to use to attach it to the bed head. It’s also waterproof so you can take it in the bath, shower, or to the beach. The charge port is beneath the mounting attachments though so you couldn’t use them if you intended to leave it on charge.

One thing I like about it is that the battery lasts a long time when it’s switched off. Seems obvious, but I’ve found cheaper bt speakers will go flat in a couple of days even when not being used.

It has a play/pause button and volume controls, but they’re fairly hard to see on my model as they’re just embossed into the soft silicone shell.

One other thing to note is that when you switch it on/off it says at max volume “power on/off”. Might be an issue if your SO is sleeping next to you.