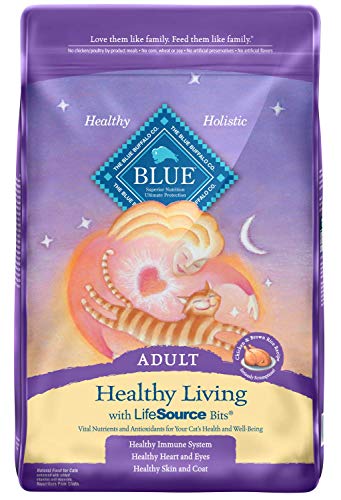 Wow, extremely impressive cat laser toy! Funny enough, that was one of the next projects I had in mind, were doing things in opposite order. I appreciate the great write up, I’ll be taking a look at that in the near future. When I do get around to it I’ll likely be writing another blog post, and would like to source you as the inspiration. I’ll refer to your Reddit unless you have a site or other preference. Thank you.

There’s a number of variables that go into play to determine how often you need to refill. We have two cats who’s primary source of food is wet food. This dispenser was designed for when we’re away for a night or two, and to curb their 3am appetite. With that in mind, I set it up to dispense only a handful of dry food. This is easily adjustable by changing the length of the rotation. For dry food, we use blue buffalo which typically has smaller pellets than other brands. I never actually kept track, but I’d gauge it lasts between 1.5 and 3 months before I need a refill. I know that’s a fairly large gap, but I don’t really have a better estimate. Honestly though, even if I had to fill it weekly it’d still be a nice to have gadget.

As for expanding the capacity, you have to take into consideration the torque of the motor and what it’s capable of handling. One method that may alleviate the additional weight and allow expansion is to purchase a second dispenser, and stack the second container on top of the first one. The food would funnel from the second to the first, and that bottleneck in the second container would take much of the weight off the motor at the bottleneck of the first until food is required to fall into the first container. Though you still have the problem of dispensing to five separate bowls, assuming they all eat at the same time. Either way, I’d love to hear what you come up with. Feel free to reach out anytime, either here or the blog if you get stuck.