What is the opinion of Reddit about the
Audio-Technica ATH-ANC50iS QuietPoint Active Noise-Cancelling Headphones? 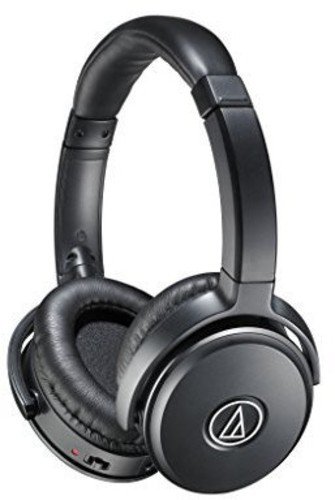 I got these for the same price, $35 usd last week. Imo, these are worth it for only $35. They’re very comfy and headphone sound input is good. The mic quality is eh, but only saying that because I have a blue yeti microphone to replace the microphone output. I’m just using the logitech for sound output plugged into the blue yeti. Cord is long and from reviews the cord gets tangled, but I haven’t encountered that yet because they give you twisty ties and a velcro twisty thing. I like that the headset is lightweight, but the only thing that concerns me is how easily the plastic will break if it ‘accidentally’ drops on the ground.

The reason why I got the logitech is because I had ATH-ANC50iS and those broke after having them for 4 months and was sick of using batteries for “noise cancelling surround sound”. I also had Logitech wireless headset g930, but for some reason, every time someone was using the microwave, it d/cs the headset and reconnects after the microwave is done being in use. So that got really annoying to deal with.