What is the opinion of Reddit about the
Akai Professional Project 50X | Over-Ear Studio Monitor Headphones [Amazon Exclusive]? 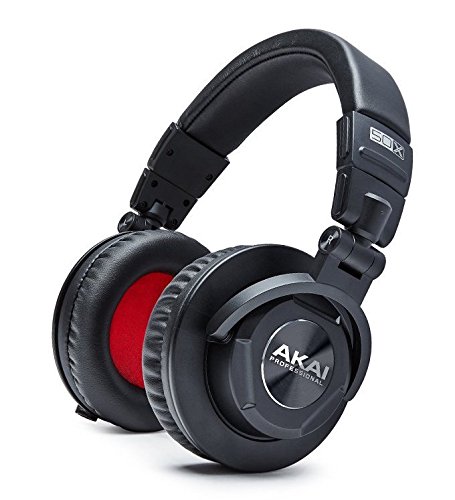 This Akai Professional Project 50X | Over-Ear Studio Monitor Headphones Amazon Exclusive is an awesome buy at under $20 on Amazon right now. Price has ranged from $30 to $90 and this is as low as I’ve seen.

Any thoughts on the Akai Professional Project 50x?

I saw these recommended somewhere, and at a ridiculously cheap $20 (says $90 discounted down to $20, but that “discount” seems more than it should be, since CCC has the price fluctuating around $20 for the past half-year), how good are they compared to other alternatives in the price range, if anyone knows? (i.e. compared to the Monophone 8323?)

Has anyone used these and if so how are they? I’ve watched a few reviews on YouTube but it didn’t seem like any of the big guys reviewed them and I can’t find any written reviews. They’re heavily discounted on amazon which has me thinking they’re crap but they retail for about 90 bucks.

I just plan to use these for casual listening on my pc or iPhone 7. I’m looking for a natural sound since I’ve had beats and have experienced bass heavy headphones.

Requirements for Isolation – Would like some or a lot of isolation because noisy family, using outdoors and indoors

Will you be using these Headphones in Public? Yes

Preferred Type of Headphone – Over ear

I live in the US and thanks.

Edit: Looking into this right now, any thoughts?

Anyone have any thoughts on the Akai Professional Project 50X‘s?

They are ~$40 cheaper than the ATH-M50’s and about the same as the 40’s. The reviews seem to be pretty good from an individual who compared the two pair (M50x’s and the Akai’s), however almost all of the reviews are from people who got the headphones for free. That puts me off.

The Superlux? From everything I’ve heard, the 9500s beat them pretty soundly.

I went the opposite way and got two pair to fuck around with.

I use the Sigvas around the house, and they’re fantastic. The Akais are rebranded ISK 9000/LyxPro HAS 30, and they are, hands down, the best buy you can get (dollar for dollar) in the full sized headphone world. Amazon has them for $19 right now. That’s ridiculous. Just make sure you add this to your order. The Akai stock earpads are godawful.

When in stock they usually go for $21-25. I got mine for $19.xx, and they’re absolutely fantastic for an outdoor “beater” pair of cans.

I was using my PlayStation Gold wireless headset with my HP (until I later upgraded to the Samsung Odyssey) and it worked fine.

As long as your Logitech G230 feels good on your head, you should be good to go.

I was originally using a pair of Akai Professional Project 50X for headphones (no mic) but because I was turning my head a lot or moving around, they had a tendency to fall off. They were way too loose on my head. I grabbed my Audio-Technica ATH-M50x from my studio and they worked a lot better because the earpads were superior and the headband conformed to my head shape better, but again I had no mic, so I tried my PlayStation headset, and I was happy to see it worked on my PC.

Some people use an earbuds-with-mic solution, but I like the feel of big headphones so I can more fully immerse myself (and my ears) into the VR world.

The HP headset and all the WMR headsets are pretty accommodating because it’s just a wide horizontal headband on your head. There’s nothing in the way of your ears unless you’re using the Samsung Odyssey.

BTW, I find the mic on the Rift to be surprisingly good. Very clear. Here’s a sound sample of it (from someone else):
https://soundcloud.com/kirkhamilton/rift-mic-test

If you’re in the U.S. take a look at this. Really, really good bang for your buck and the cable can be changed if you don’t like the one it comes with.